Harriet Tubman and the Combahee River Raid: A Selective List of Links & Materials 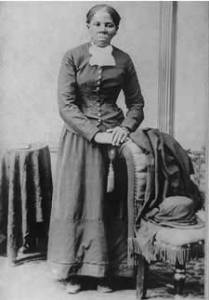 Harriet Tubman, 1821 – 1913, sought first her own freedom and then facilitated the freedom of others through the Underground Railroad. She came to Beaufort District, South Carolina during the Civil War as a scout, nurse and spy helping bring freedom to hundreds of enslaved African Americans living along the Combahee River in June 1863. In the mid-2010s, there were proposals to honor her service on the United States $20.00 bill in place of President Andrew Jackson whose visage was put on that denomination in 1928. The first film, a biopic, about her early life and Civil War era services entitled “Harriet” starring Cynthia Ervino was released in November 2019.

DISCUS databases provided by the State Library to the public libraries in South Carolina require a password for access from home. Visit your local public library to see if it provides access to this or similar research databases.

“What’s Fact and Fiction in Harriet” by Rachelle Hampton, Slate, 31 October 2019 compares the portrayal of Underground Railroad Harriet Tubman in the film biopic to historical facts known about this leader.

“Following Harriet”  podcast which serves as a companion piece to the feature film “Harriet” released in November 2019. It takes a deeper dive into the life of Tubman, the African American experience in the 19th century, and the impact that Tubman and others like her made in the history of our country. The podcast was produced by seasoned NPR and public radio professionals Tanner Latham and Tanya Ott, and is sponsored by Virginia is for Lovers.

“Who Lived this History? The Combahee Raid” on the wonderful Lowcountry Africana website uses newspaper reports, planter statements and Freedmen’s Bank Records to compile a list of some of the enslaved people who were freed during this raid.

“The Combahee Ferry Raid” entry for On This Day series, National Museum of African American History and Culture, Smithsonian Institution, no date.

Harriet Tubman: A Resource Guide compiled by the Library of Congress

View Tubman’s claim for compensation of her services as a scout, cook, nurse and spy during the Civil War is housed at the National Archives.

Several federal historic monuments and trails commemorating the life and work of Harriet Tubman are on the Blackwater National Wildlife Refuge managed by the United States Fish & Wildlife Service.

“Harriet Tubman and the Combahee River Raid,” by James DeWolf Perry, Tracing Center website.  The Tracing Center’s “mission is to create greater awareness of the extent of the nation’s complicity in slavery and the transatlantic slave trade and to inspire acknowledgement, dialogue and active response to this history and its many legacies. We do this for the purpose of racial justice, healing, and reconciliation, for the benefit of all.”

“Combahee River Raid – 150th Anniversary” by Grace Morris Cordial, Beaufort District Collection Connections blog includes a transcription of the Commanding officer’s report to Major-General David Hunter, Commanding Tenth Army Corps, Department of the South as given in the Supplement to the Official Records of the War of the Rebellion, volume 14, serial 20, p. 104. 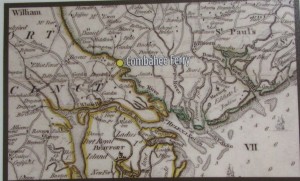 “Historians for Tubman on the $20“, Brian Lehrer Show, WNYC, 13 August 2018 is an audio interview with historians Elizabeth Cobb and Catherine Clinton (Approximately 21 minutes).

“Harriet Tubman will be Face of the $20” by Kevin Liptak, Antoine Sanfuentes and Jackie Wattles,  @CNNMoney April 21, 2016.

If you like are a heritage tourist, then check out the website and itineraries related to the Tubman Underground Railroad Byway in Delaware.

Check out these materials from the SCLENDS consortium libraries:

Bound for the Promised Land: Harriet Tubman, portrait of an American hero by Kate Clifford Larson, 2004.

Harriet Tubman: The Road to Freedom by Catherine Clinton, 2004.

Freeing Charles: The Struggle to Free a Slave on the Eve of the Civil War by Scott Christianson, 2010.

If you have a valid Beaufort County Library (SC) card, search Hoopla and CloudLibrary for additional resources.

Visit the Beaufort District Collection to see these items:

B TUBMAN Bound for the Promised Land: Harriet Tubman, Portrait of an American Hero by Kate Clifford Larson, 2004.

Contact the Beaufort District Collection at 843-255-6446 or e-mail bdc@bcgov.net for additional information about local history and archives relating to the people, places, and themes of the history, culture, and natural environment of Beaufort County, Jasper County and Hampton County, South Carolina. Current hours of operation are listed on the Beaufort County Library website.

Grace Cordial has been responsible for the day-to-day operation of the Beaufort District Collection, the special collections library and archives unit of the Beaufort County Library, since February 1999. The Beaufort District Collection exists to acquire, preserve, maintain and make accessible a research collection of permanent value which records the history, culture, people, places, themes and past events in Beaufort, Hampton, and Jasper counties, South Carolina. Cordial manages the BDC Research Room, eight digital collections, and the collection's social media pages on Facebook, Blogger and WordPress. She also coordinates programs on topics of local history and instructional sessions about how to perform historical and/or genealogical research relating to Lowcountry South Carolina for the Library system. View all posts by Grace Cordial

One thought on “Harriet Tubman and the Combahee River Raid: A Selective List of Links & Materials”